Are there consequences for leaking lies? 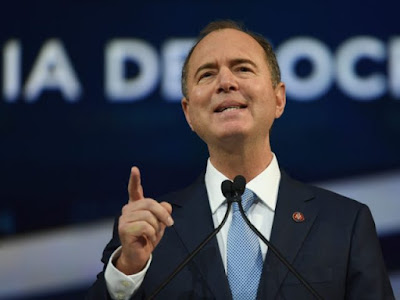 In Breitbart, Edwin Mora reports about a lawsuit filed against Politico by White House policy advisor Kash Patel. Some excerpts of the story:

The significance of this lawsuit’s filing is that Bertrand’s Politico story on Patel came based off of testimony provided behind closed doors to the Democrats’ impeachment inquiry by Fiona Hill and Alexander Vindman. They both alleged, incorrectly, in their testimony that Patel had secret meetings with President Trump on Ukraine matters and provided the president with documents on Ukraine. But as Breitbart News has already reported, while these Democrat impeachment witnesses Hill and Vindman may have testified in Schiff’s private impeachment inquiry to that effect, it was not accurate. Patel has since publicly confirmed he has never spoken with the president about Ukraine.

Politico’s decision to print the false testimony of Hill and Vindman as fact, which Patel’s lawsuit makes clear was in close coordination with Schiff and his team on Capitol Hill, could seriously cost the media outlet. Other media outlets that printed the inaccuracies could also end up on the chopping block as well, but for now, Patel is focused on Politico with this lawsuit.

The timing of the lawsuit’s filing is also important in that both Vindman and Hill will be testifying in public hearings this week as part of the Democrats’ impeachment inquiry into President Trump.