Robert Spencer's blog Jihad Watch is full today of examples of Islamic violence. There is the story of a Pakistan mob that entered a police station and burned to death a prisoner who had been accused of desecrating a Quran. 55 were injured in fighting in Egypt between Islamists and people who are opposed to the new constitution which would ignore rights of women and non-Islamists. Hundreds of Christians in suburbs outside Jakarta, Indonesia are hoping to be able to celebrate Christmas in their two churches which have been sealed off to prevent worship inside the churches. Gunmen in central Somalia on Saturday (Dec. 8) killed an underground Christian who had been receiving death threats for leaving Islam. In Tunisia Islamists threw television sets all over the beach to protest the "corrupt media." 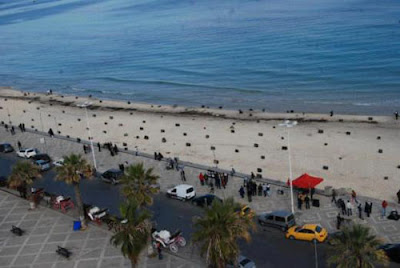 Three men appeared in court in New York this week on charges they trained to be suicide bombers in Somalia. In Yemen Muslim men entered three houses they suspected of having alcoholic beverages. The house occupants fled, except one woman who stayed in her house and was, therefore, murdered. Two suicide car bombers attacked the offices of two mobile phone operators on Saturday in Nigeria's northern city of Kano, killing themselves but no civilians, police said.