How can our education system produce students who learn, grow, thrive, innovate, and problem solve?

Most of us would agree with this statement:

Innovation, creativity, and independent thinking are increasingly crucial to the global economy.

How do we get there? Mind-numbingly boring government mandated curriculum taught in a rigid top-down manner? No, that is resulting in bright children being bored out of their minds. Joshua Davis writes in Wired that

the dominant model of public education is still fundamentally rooted in the industrial revolution that spawned it, when workplaces valued punctuality, regularity, attention, and silence above all else.

Students are material to be processed, programmed, and quality-tested. School administrators prepare curriculum standards and “pacing guides” that tell teachers what to teach each day. Legions of managers supervise everything that happens in the classroom; in 2010 only 50 percent of public school staff members in the US were teachers.

The results speak for themselves: Hundreds of thousands of kids drop out of public high school every year. Of those who do graduate from high school, almost a third are “not prepared academically for first-year college courses,” according to a 2013 report from the testing service ACT. The World Economic Forum ranks the US just 49th out of 148 developed and developing nations in quality of math and science instruction. “The fundamental basis of the system is fatally flawed,” says Linda Darling-Hammond, a professor of education at Stanford and founding director of the National Commission on Teaching and America’s Future. “In 1970 the top three skills required by the Fortune 500 were the three Rs: reading, writing, and arithmetic. In 1999 the top three skills in demand were teamwork, problem-solving, and interpersonal skills. We need schools that are developing these skills.”

That’s why a new breed of educators, inspired by everything from the Internet to evolutionary psychology, neuroscience, and AI, are inventing radical new ways for children to learn, grow, and thrive. To them, knowledge isn’t a commodity that’s delivered from teacher to student but something that emerges from the students’ own curiosity-fueled exploration. Teachers provide prompts, not answers, and then they step aside so students can teach themselves and one another. They are creating ways for children to discover their passion—and uncovering a generation of geniuses in the process.

Theorists from Johann Heinrich Pestalozzi to Jean Piaget and Maria Montessori have argued that students should learn by playing and following their curiosity. Einstein spent a year at a Pestalozzi-inspired school in the mid-1890s, and he later credited it with giving him the freedom to begin his first thought experiments on the theory of relativity. Google founders Larry Page and Sergey Brin similarly claim that their Montessori schooling imbued them with a spirit of independence and creativity.

Sergio Juárez Correa is a teacher in a school on the Mexican side of the border of the United States in the town of Matamoros. These are his students. 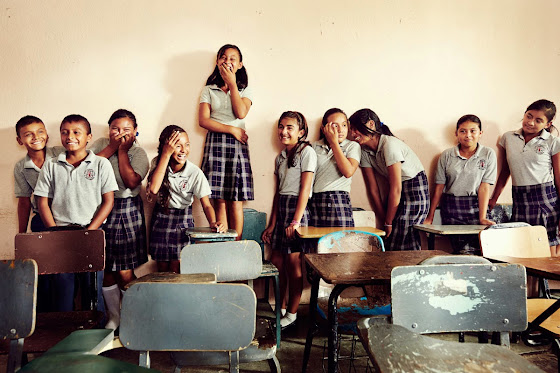 This is a picture of Correa and one of his students, Paloma Noyola Bueno. 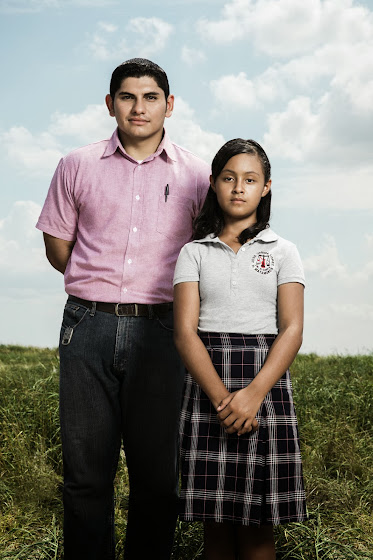 Paloma received the highest math score in the country, but the other students weren’t far behind. Ten got math scores that placed them in the 99.99th percentile. Three of them placed at the same high level in Spanish. The results attracted a quick burst of official and media attention in Mexico, most of which focused on Paloma. She was flown to Mexico City to appear on a popular TV show and received a variety of gifts, from a laptop to a bicycle.

Juárez Correa himself got almost no recognition, despite the fact that nearly half of his class had performed at a world- class level and that even the lowest performers had markedly improved.

Juárez Correa had mixed feelings about the test. His students had succeeded because he had employed a new teaching method, one better suited to the way children learn. It was a model that emphasized group work, competition, creativity, and a student-led environment. So it was ironic that the kids had distinguished themselves because of a conventional multiple-choice test. “These exams are like limits for the teachers,” he says. “They test what you know, not what you can do, and I am more interested in what my students can do.”

Many thanks to Ann Voskamp for linking to this article.